What Are the Conditions of Itikaf | Itikaf Packing List 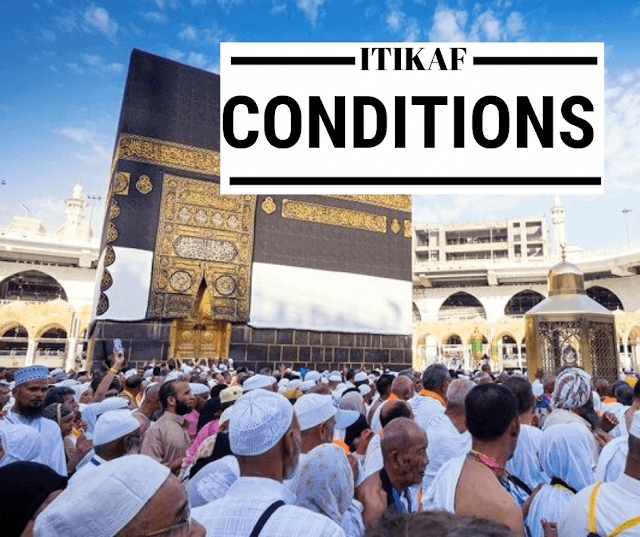 I’tikaf is an Islamic practice that has high value and great rewards from Allah Almighty. Many people perform I’tikaf by Umrah packages in Makkah and Madinah. I’tikaf has some rules and regulations like any other worship performed by Muslims.

Religion: To undergo the I’tikaf one must be a Muslim. Also, any child who had not reached the age of puberty can’t take part in I’tikaf performance. The child must be able to manage his/her daily life routine by him/her. If you belong from Hanafi school of thought the minimum age of boys is seven and it is nine years for a girl to perform I’tikaf.

Sound Minded: One must be a sound-minded person to perform I’tikaf. It means that he/she should be able to make their decisions on their own wisely. If a person is affected by any kind of mental illness and can’t take decisions properly he is not able to perform I’tikaf.

Intention: it is also called as ‘Niyyah’. One must have the intention of performing I’tikaf only for the sake of Allah Almighty not to be appreciated by others. Your intention must be pure as your actions depend on your intentions.

Within the Mosque: As mentioned in the Holy Quran at Surat al-Baqarah 2:187 that I’tikaf is performed within the boundary of the mosque. Now, most of the community states that it is ok for a woman to perform I’tikaf at home. While some scholars agree on a point that this is simply not the case at all because the Holy Quran says otherwise.

Maintaining the Wudhu: One must maintain the state of wudhu in the whole period of I’tikaf. If the wudhu is broken in I’tikaf one should reassume the state of wudhu. If a person is having a wet dream then a ghusl should be performed to continue the I’tikaf. It doesn’t nullify your tawaf.

Fasting: Almost by all school of thoughts fasting is one of the requirements of I’tikaf. As the I’tikaf is mentioned in the Holy Quran with fasting. It is obligatory in I’tikaf. If a person is having a serious medical condition such as diabetes due to which he can’t fast then it is permissible to skip fasting. Medical condition like fever or nausea doesn’t allow skipping fasting.

You are not advised to carry a lot of stuff in I’tikaf. Here are some of the things that you need in your I’tikaf packing list:

You are again advised to spend most of your time in worshipping Allah Almighty. Avoid spending your time sitting idle. If you are performing your I’tikaf in Makkah or Madinah by Umrah travel agents they can also arrange for your suhoor and iftar in your package.
Posted by Jasmin Noor at 09:14